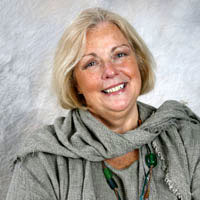 Jamie Haines joined American Public Television (APT) in 2007 as the Director of Communications and was promoted to Vice President of Communications in 2010. In this role, Haines is responsible for marketing and promoting APT’s corporate image, its vast catalog of programming, and the multicast channels – Create® TV and WORLD℠. During her tenure, Haines has led the company in two major website redesigns and a re-branding campaign.

Prior to joining APT, Haines held a number of positions in public relations, marketing and advertising, including having served as Director of Public Affairs at the National Fire Protection Association, the Communications Manager at the American Red Cross, the Vice President of Marketing at Plimoth Plantation, and, most recently, Director for National Promotion at WGBH in Boston.

Haines’ experience in the communications field has been noted by major industry organizations, including the Public Relations Society of America (PRSA), where she served as chair of several national committees and international conference co-chair, as well as president and board member of both the Boston and Connecticut Valley chapters. She has also been the chair and president for local, regional and national trade associations and has received numerous awards such as the Barbara Hopkins Award for International Tourism, presented by Massachusetts Governor Paul Cellucci, and a National Award of Excellence from the United Way of America.
[""] [{ "id": "", "name": ""}] [] []