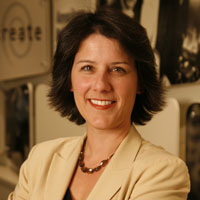 As Vice President of Business Development at American Public Television (APT), Judy Barlow assists producers in securing distribution both at home and abroad, in all media formats.

Her tenure at APT has included the launch of two successful businesses: APT Worldwide, which has represented producers of non-fiction programming in the international marketplace for more than 10 years, and APT Presentations, which serves to guide producers through the complex distribution world of U.S. public television. Barlow also works in the area of standards and practices related to underwriting and sponsorship of APT-distributed content.

Prior to APT, Barlow worked in entertainment law, as a casting director and in film production.